amiecus curiae – thoughts and writings from a friend of the courts

Hey guys, just wanted to drop a quick note saying the first anthology I am, Inn Between Worlds, in will be out on Oct. 23rd. It’s up for preorder now.

I am so freaking excited!

The premise is there’s an inn that sits between realities and all of the stories are various worlds of fantasy or sci fi, but they all have to tie into the Inn. I, of course, was thrilled when I was invited to this because alternate realities are my thing. No, really, I was doing them lonnnnng before Once Upon a Time and Fringe made them mainstream.

The Order of the Sphinx books about alternate reality jumping witches were my first books, they just, as first books, weren’t well written, so I have to go back and redo them before they can see the light of day. The story in the anthology, Chaos Candy, is out of that series, and may or may not tie into a few others (looks around innocently). I’ll be posting excerpts as we get up to the release date. 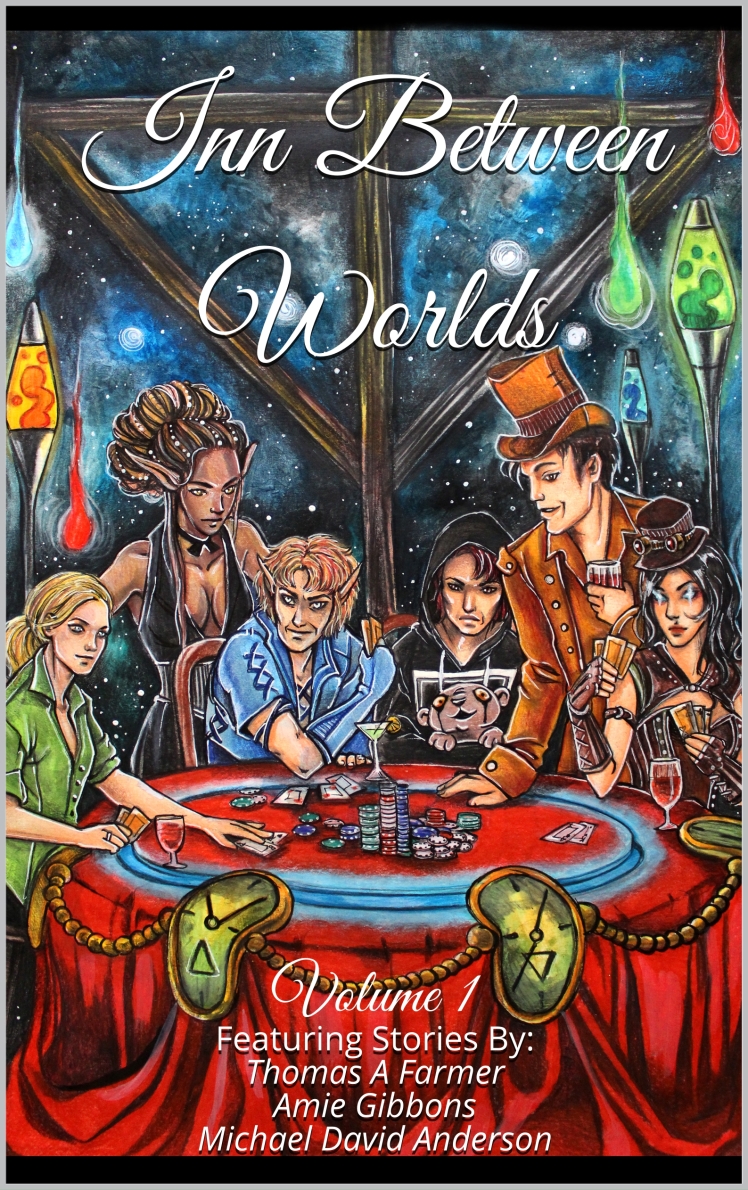 Psychic Undercover (with the Undead)

Evie Jones and the Rocky Roulette

Evie Jones and the Shadow of Chaos

Evie Jones and the Crazy Exes

Evie Jones and the Magic Meltdown

Evie Jones and the Spirit Stalker